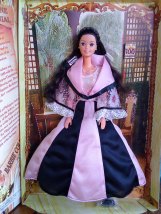 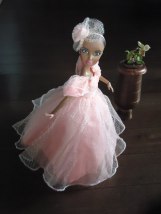 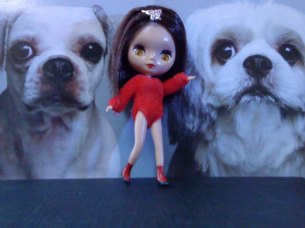 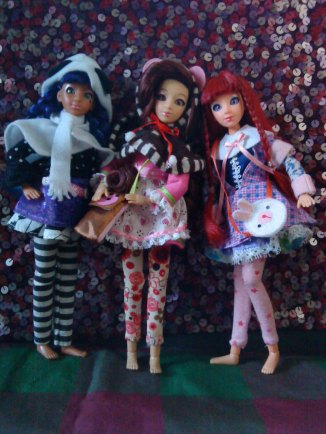 This morning I went to Toy Kingdom with my sister.  I donated 7 of my dollies!  I just want to have a remembrance before I let them go.  The past years, I usually drop my toys either at Jollibee or our local church office.  Not just dolls, but stuff toys as well.

I was thinking, donate a toy in exchange for a Php50.00 coupon per toy.  I didn’t choose TK just because of the coupon, I thought for a change.  Is it still a donation when you where given something in return?

Anyway, I hope my dolls will make some kids happy and vice versa! 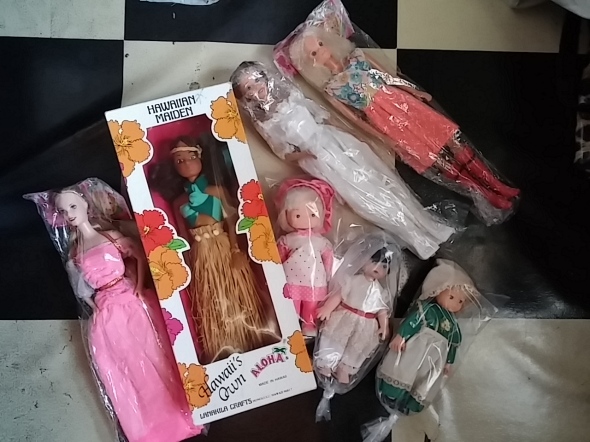 I dressed the 3 fashion dolls, I don’t want them to travel nude.

These 2 vintage dolls has a complete outfit.  While taking their photos I was contemplating on replacing their clothes, they’ve got nice costumes.  But of course, I didn’t, like with the past dolls I donated, they should go with the dress they were born with.  Did I say born with?  It’s a pity if I rob them of their belongings and then give them away.

TELL YOUR FRIENDS ABOUT THIS!

I don’t really dig SOUVENIR DOLLS, but there was a point in my doll collecting life that I took a fancy on them.  Most of these dolls have poor quality, and have the same generic appearance.  I don’t know where it started but the most famous base model for Souvenir Dolls is the one below: 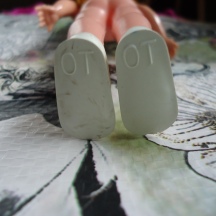 These dolls have hollow plastic body with breakable head and arms, sleep eyes and a glued on wig which I don’t know the material they used, looks like some kind of cotton or very fine wool?  Anyway, I can’t comb it and it’s not made to be washed.  She’s probably from the mid-70’s.  I used her in my previous post “Eerie.”

The doll’s arms are attached via hook shaped connector and an elastic band inside the torso.  Amazing feature (at least for me!)  for a Souvenir Doll.  I think this type was used during the 60’s to late 70’s or maybe they still used to this day.  She does not have any markings on her body.  So I do not know who she is.

The only markings is on her shoes “OT OT” and it sounded funny when you read it ;-p.  Whereas the other doll in my “Eerie” post has “Made In China” on her back, she does not have the same materials as the above doll.  She is all hollow plastic except for the head which is breakable with sleep eyes, same type of hair was used.

I’ve found several other souvenir dolls which I shall feature in my next post!

TELL YOUR FRIENDS ABOUT THIS!

Like Loading...
NISHLOVEPINK
The wonderful world of the dolls
Kittens that I Love
Adventures in Barbie Collecting

Confessions of a Doll Collectors Daughter

Reviews and News From the Doll World

This WordPress.com site is the bee's knees

Inspirations, DIY, Up-Cycle and Craft Projects for Home and Family

Playing with dolls is not just for kids.

Sculptures that tip toe between the delicate and the grotesque.

The latest news on WordPress.com and the WordPress community.